These peoples did not commit any crimes. The government only criticize them that they all support OLF.

A document released today describes killings, detentions and destruction in just five of  23 districts in one of Oromia Region’s 17 zones – over 127 civilians killed up to 3 April. The detailed report, compiled locally from eye-witness accounts in West Wallega, describes the targeted killing of Qeerroo members, youngsters elected to local offices after the reforms in 2018, following their propelling P.M. Abiy Ahmed to power. 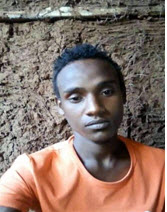 Now their bodies are found, sometimes partly eaten by hyenas, thrown in forests, fields, rivers and on streets. Farmers and students are shot in their homes, on farms and thoroughfares. Prisoners are taken out and summarily executed. Homes of the parents of supporters of Qeerroo are burned down.

The high ratio of killings (127) to detentions (204) is itself an indication of the lethality of the crackdown. Even government employees will not visit relatives in the countryside for fear of being shot as an OLF supporter. Youngsters are shot for having the OLF flag on their phones.

The authors of the report have requested that these abuses be brought to international attention in order to establish a National Dialogue for a pathway to peace in the region. Along with all but a minority of Ethiopia’s citizens, OSG calls for the postponement of elections scheduled for 5 June and the release of all political prisoners.

Quotations from the document are given below and overleaf.

‘Qeros were elected officially by the communities during team Lemma, but now they are  condemned by pps [Prosperity Party]’ [Lemma Megersa was President of Oromia Region and with the backing of many young Oromo – ‘team Lemma’ – he helped Abiy Ahmed gain power.]

Over 65 homes were burned down, ten more as the report was published. The scorched earth policy to ‘dry out the ocean to catch the fish’ is destroying livestock, homes and livelihoods. Coffee farms are unattended.

The document describes some of the many humiliations imposed under the military rule of the Command Post. Sajin Ebro Usen, Commander-in-Chief of Chalia military camp, has threatened ‘he will burn the houses of the community’ if people use solar power, because it could be used to charge OLF mobile phones.

People are ‘not to move anywhere after 6:00.PM unless and other wise I  kill you, he said even not to go to health facilities without permission . . . so, they are not hiding that they are killing civilians.’

‘if they see someone taking a picture they just shoot.’

The defenders who collated the information and compiled the report included their contact details but it would guarantee their destruction if these were made public. Two former residents, now living in the USA, are available to give further information about the human rights violations in the area: